Physical water conditioners for the treatment of hard water, or “no salt softeners” as they are commonly called, have become increasingly popular with home owners but with such an array of different technologies, wide variations in price and conflicting reviews, it is difficult to know what to buy or who to trust.

This guide explores the science behind these devices and explains why physical water conditioners can be an effective alternative to traditional salt water softeners. It explains some of the important characteristics of the more commonly available devices and reviews their capabilities and limitations.

What is Hard Water?

What is Limescale, and Why Prevent it?

What is a Water Softener?​

What are Physical Water Conditioners?

What is Hard Water?

Many different dissolved salts can cause hard water but the principal one that results in limescale is calcium bicarbonate. It is created by rainwater, which is slightly acidic, falling on calciferous rocks such as limestone or chalk and dissolving the calcium as it passes through the strata; the more dissolved calcium, the harder the water.

=
As the presence, and quantity of calciferous rock varies, so does the level of calcium in the water supply leading to wide variations of hard water levels across the UK. 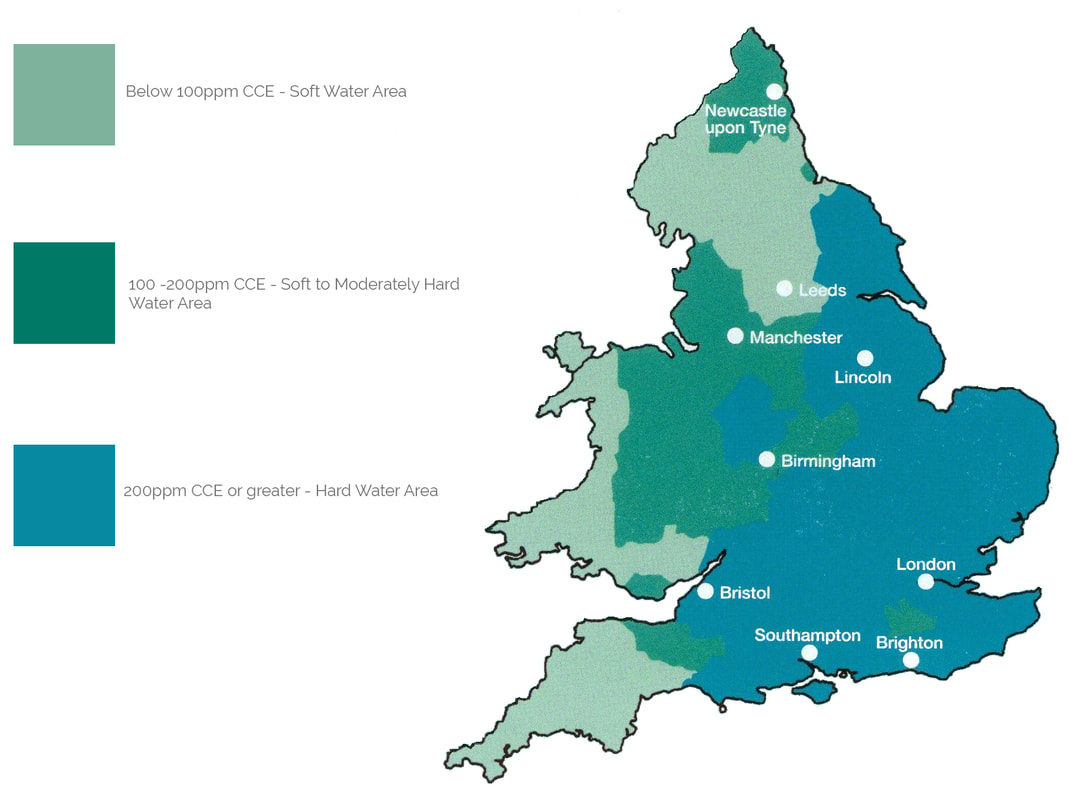 What is Limescale, and Why Prevent it?

Limescale is about 400 times less conductive of heat than copper so appliances can suffer significant reductions in efficiency, and may eventually fail entirely due to heat stress.  Just 1/8 inch (approx. 3mm) of limescale can equate to a 12 percent loss of heating efficiency.

The recent shift to renewable energy has seen a movement away from gas towards electric water heaters. Some of the design features that make these heaters work so efficiently also make them particularly prone to limescale formation. This has refocused attention on the problems caused by hard water.

An additional problem of vital importance to homeowners is the visible manifestation of limescale on showerheads, taps, and other wetted surfaces. Limescale also holds dirt and bacteria, making fixtures unhealthy as well as unsightly. 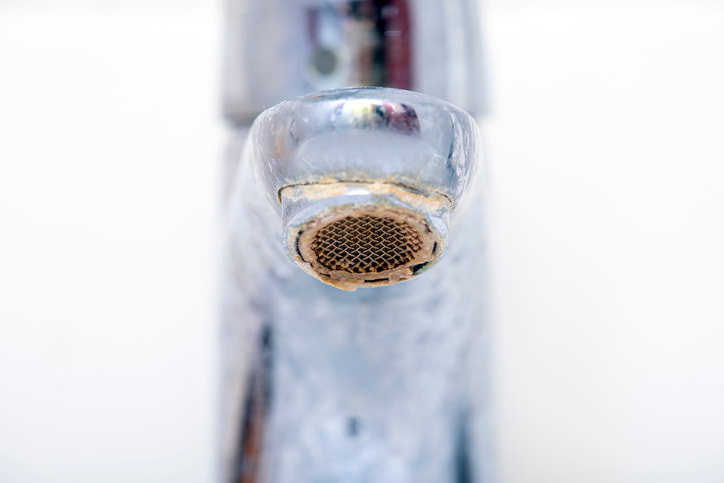 What is a Water Softener

Traditional methods of water treatment focus on the removal of calcium from the water by substituting it with sodium or potassium by using an ion-exchange media.  These processes are well understood and documented and if the equipment is properly calibrated, maintained, and supplied with salt, they are very efficient and effective.

However, they also have drawbacks. The initial cost for the equipment and installation can be high, and regular maintenance and servicing is required to maintain efficiency.  Add to this the on-going cost and labour of providing the essential salt to make the process work.

The biggest health drawback of a traditional salt water softener is the added sodium to the water supply.  A separate drinking water supply is recommended as the sodium-rich water is not good for general consumption and should never be used for baby formula milk, nor is it recommended for the elderly and those on a salt-restricted diet.

There are also environmental concerns.  The contamination of wastewater by sodium and chloride effluent during regeneration restricts the opportunity for recycling the water and has led to softener bans in drought threatened parts of the world. 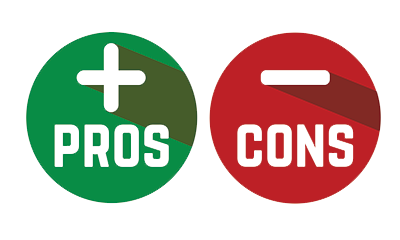 What are Physical Water Conditioners?

The use of physical water conditioners in the United Kingdom is widespread with approximately 95 percent of commercial facility hard water treatment done by physical water treatment.  Many of them are cost-effective, easy to install and require little or no maintenance.  The best products deliver high levels of limescale protection.

However, scepticism and a lack of understanding persists.  Some of this scepticism is well founded, with a variety of ineffective products offered by suppliers who are often ignorant of the mechanisms and long term performance of their own products.  However, a significant amount of research and documentation is available for many of the more effective physical water conditioners.

Physical water conditioners come in many forms, but the feature they all share is they generate nucleation seeds upon which limescale particles form.  Once formed upon the nucleation seed they cannot adhere to any other surface.  These microscopic particulates in suspension in the water are harmlessly carried to an outlet with the flow of the water. 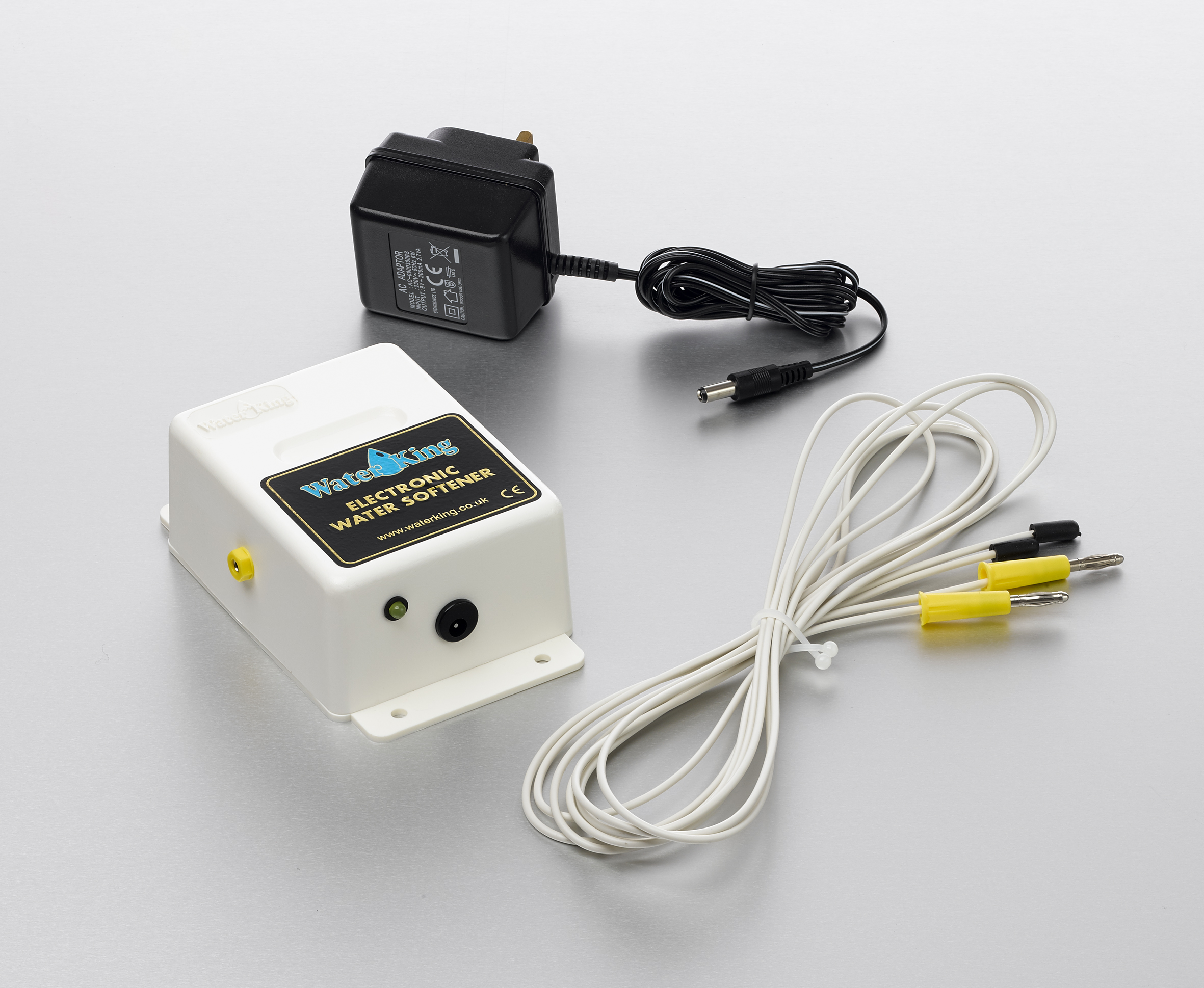 Physical water conditioners can be grouped into classifications according to the type of nucleation seed they generate.

These generate Zinc hydroxide which is dosed into the  water, Zinc is well established as a very effective nucleation seed onto which limescale can form in hard water.  These devices use electrolysis to dose zinc from a sacrificial anode into the water flow.  They are often the least expensive of the available water conditioners and can be very effective.

However, their lifespan is generally limited by two shortcomings. The first is the zinc anode becomes depleted and needs to be replaced.  The second, and more troubling, is the zinc anode suffers from passivity.  This is a tendency for the zinc anode itself to become coated with contaminants contained in water so that the zinc corrosion process slows and eventually stops.  The varying contaminants in the water determine how rapidly this passivity occurs: more quickly in water with high levels of minerals other than calcium, such as iron, phosphates, and other commonly occurring salts.

Typically in the UK, zinc-dosing devices may have a lifespan of just a couple of years, whereupon the water conditioner requires replacing.  Generally, they have no way to indicate a replacement is required.

Another significant shortcoming of these devices is that it is impossible to match the amount of zinc that is released to the requirements of the hardness of the water unless sophisticated analysis and controls are employed.  These are expensive and require regular and costly maintenance.

As a short-term solution, magnetic or electrolytic devices can be reasonably effective and inexpensive.  For longer term protection their performance can be disappointing.

The media is very vulnerable to contamination from phosphates, chlorine, iron and copper in the water supply, so its performance in any location is very unpredictable unless it is protected by filtration to remove the contaminants.

Generally, the life of the media is difficult to measure, so regular servicing is required when the media must be replaced. Your content goes here. Edit or remove this text inline or in the module Content settings. You can also style every aspect of this content in the module Design settings and even apply custom CSS to this text in the module Advanced settings.

Electromagnetic and electronic water conditioners act on naturally occurring minerals already held in solution in hard water, especially iron, to create nucleation seeds for limescale to form upon.  Iron on its own is a weak limescale inhibitor, but if it is excited by a charge, it can change its characteristics and act as a very effective nucleation seed.

Generally these devices take on two forms. The first commonly generates a varying electromagnetic field and treats the water as it passes through the field, thereafter it relies on a memory effect.  This reliance on a memory effect is a significant drawback as the treatment may expire before the water has been heated.

The second method of treatment uses radio waves that travel in the water in both directions, upstream and downstream, thus treating static or moving water without relying on a memory effect.

Some devices are plumbed into the water supply and use quite a high electrical load.  While others use wires wrapped externally around the pipe and transmit an electromagnetic field or radio wave through the pipe material.

Those with an external installation means homeowners can install the product themselves, accept unlimited flow rates and have no effect on water pressure.  The leading models require no servicing or maintenance for a lifespan that can exceed 25 years.  They are comparatively inexpensive to run and can even reduce and remove existing limescale from an already scaled system.  Existing scale is not dissolved but instead it exfoliates or becomes detached from the surfaces where it had previously formed.

One leading electronic water conditioner is so effective at generating nucleation seeds and reducing the dissolved calcium it has been proven to result in chemically softer hot water.  The benefits of softer hot water can be detected through better lathering, less scum, and improved skin conditions.

The performance between models varies widely and with pricing often an unreliable indicator of performance, only those manufacturers verified performance by third party, independent laboratories should be considered. 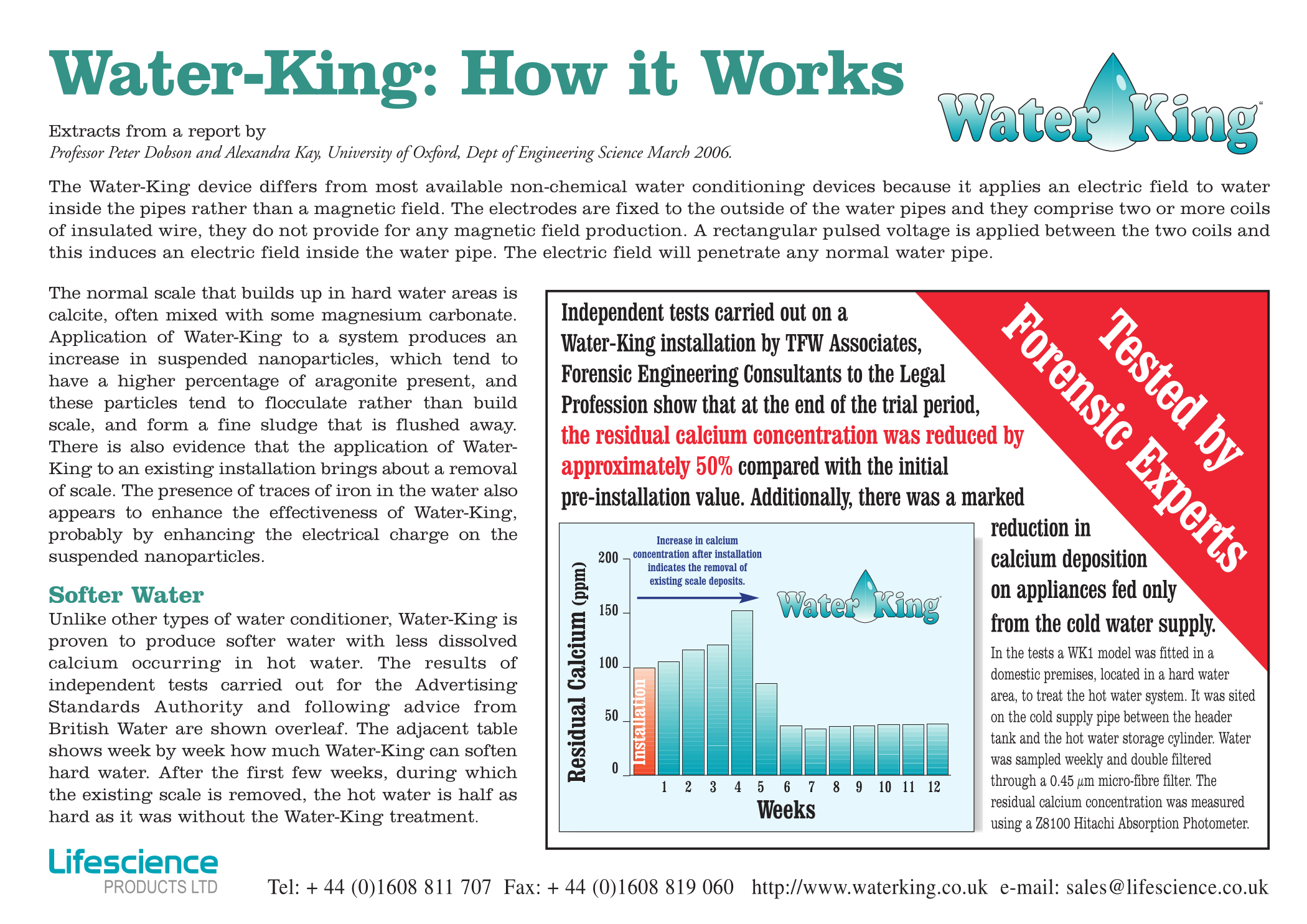 With so much information on offer, here are our top tips to summarise what should you look for when purchasing a water conditioner:

If you have any queries regarding water treatment, or require further advice on the technologies available, please call their office
on 01608 811 707.